So I’m back to reality, at work 6 days a week but I thought I’d do a post with photos from my holiday so you can all see what I got up to!
I went on Boxing Day with my four sisters, my Mum, step-dad, step-brother, boyfriend & sisters boyfriend to a town called Estes Park in Denver, Colorado. We were there over New Year’s and came home on 5th January after a quick one night stop over in Atlanta on the way home to see some family. We travelled for the whole of the first day; we left home at 4am on Boxing Day and after two plane journeys and a lengthy car journey we arrived at the house at 8pm local time (3am next morning in England) so we were travelling for almost 24 hours.
They’re not in any particular order sorry! 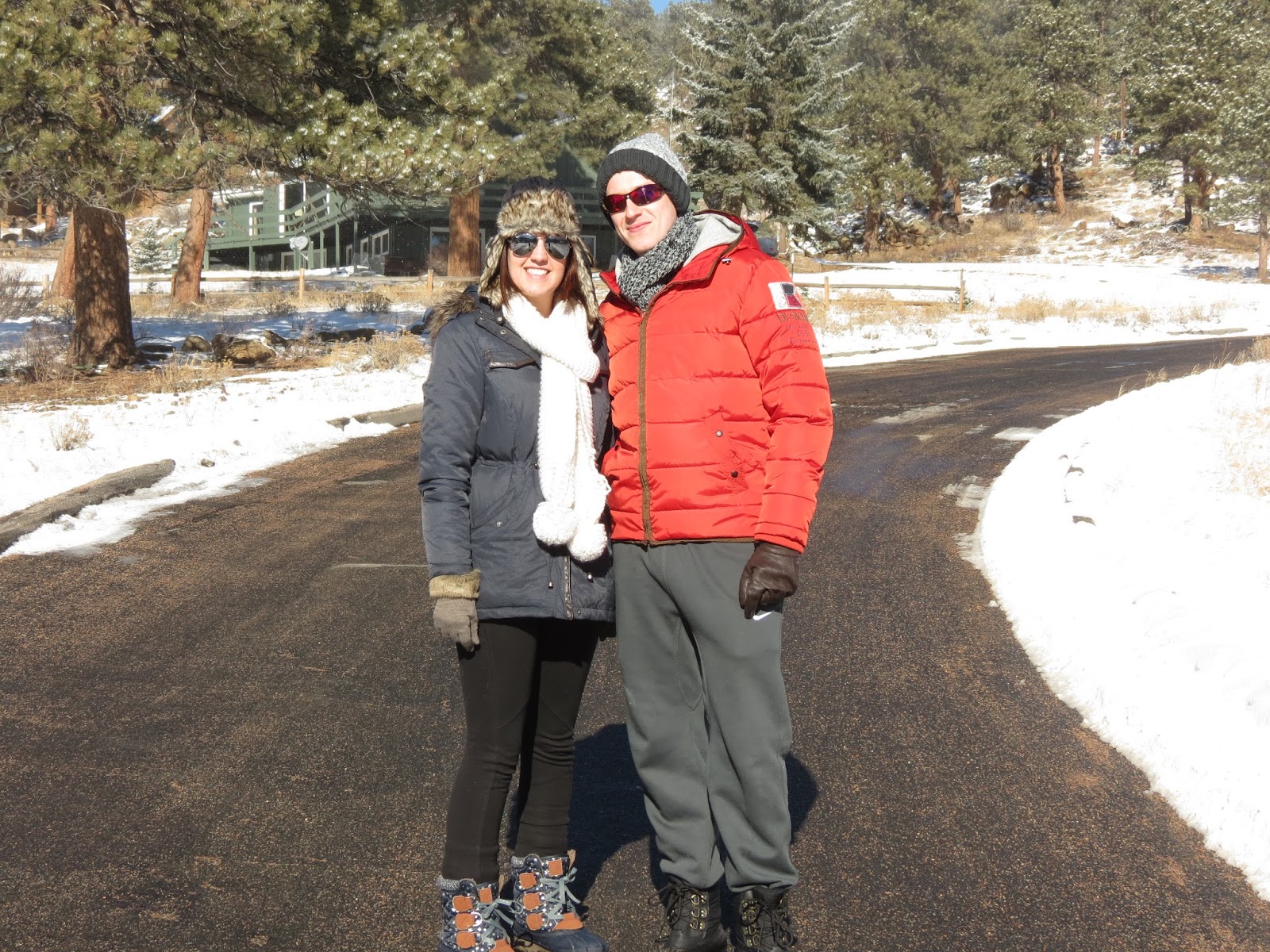 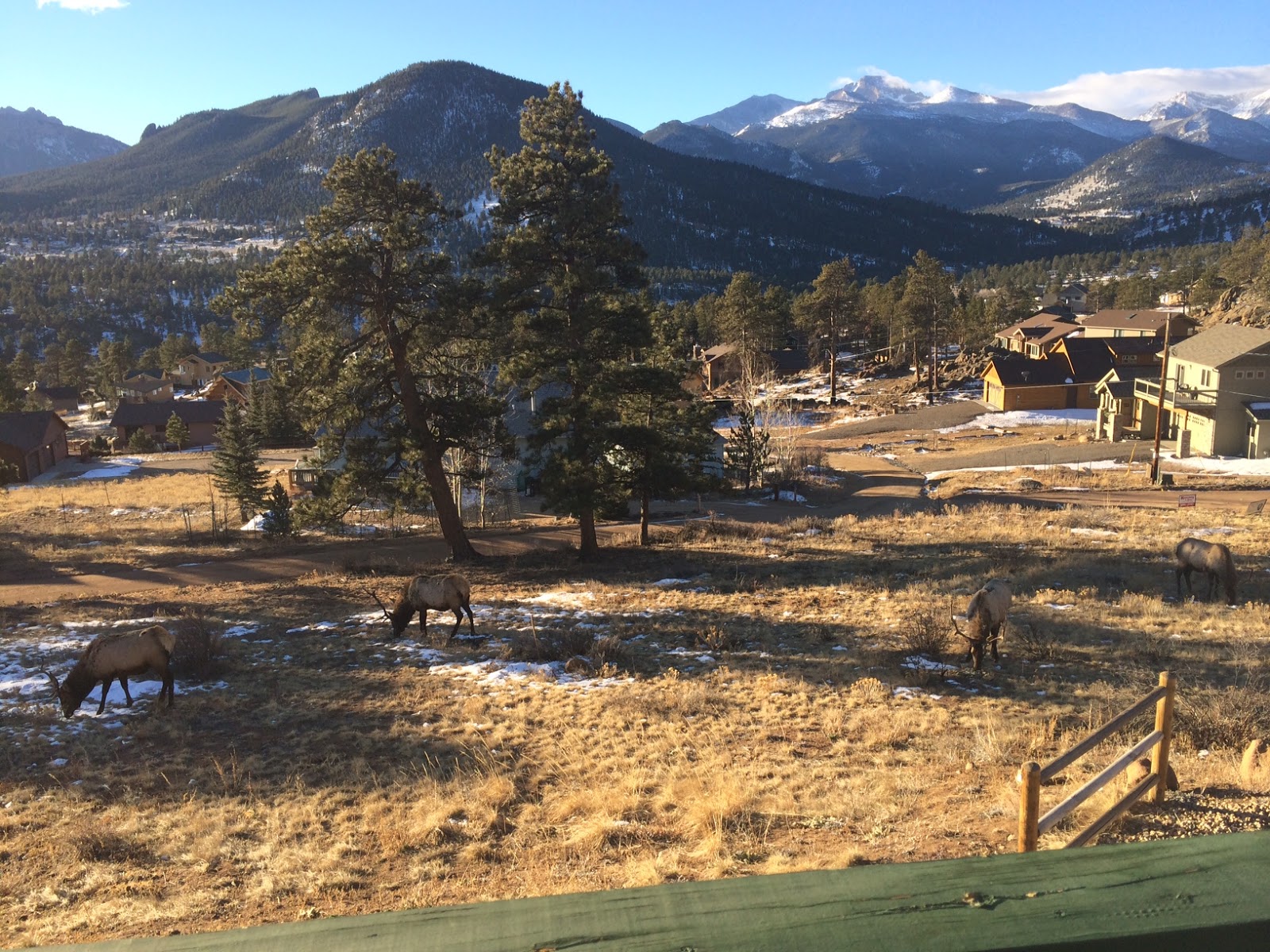 Elk in the back garden! This was right before we were leaving for the plane on the way home and four of them were right outside in the garden so I quickly snapped a photo! 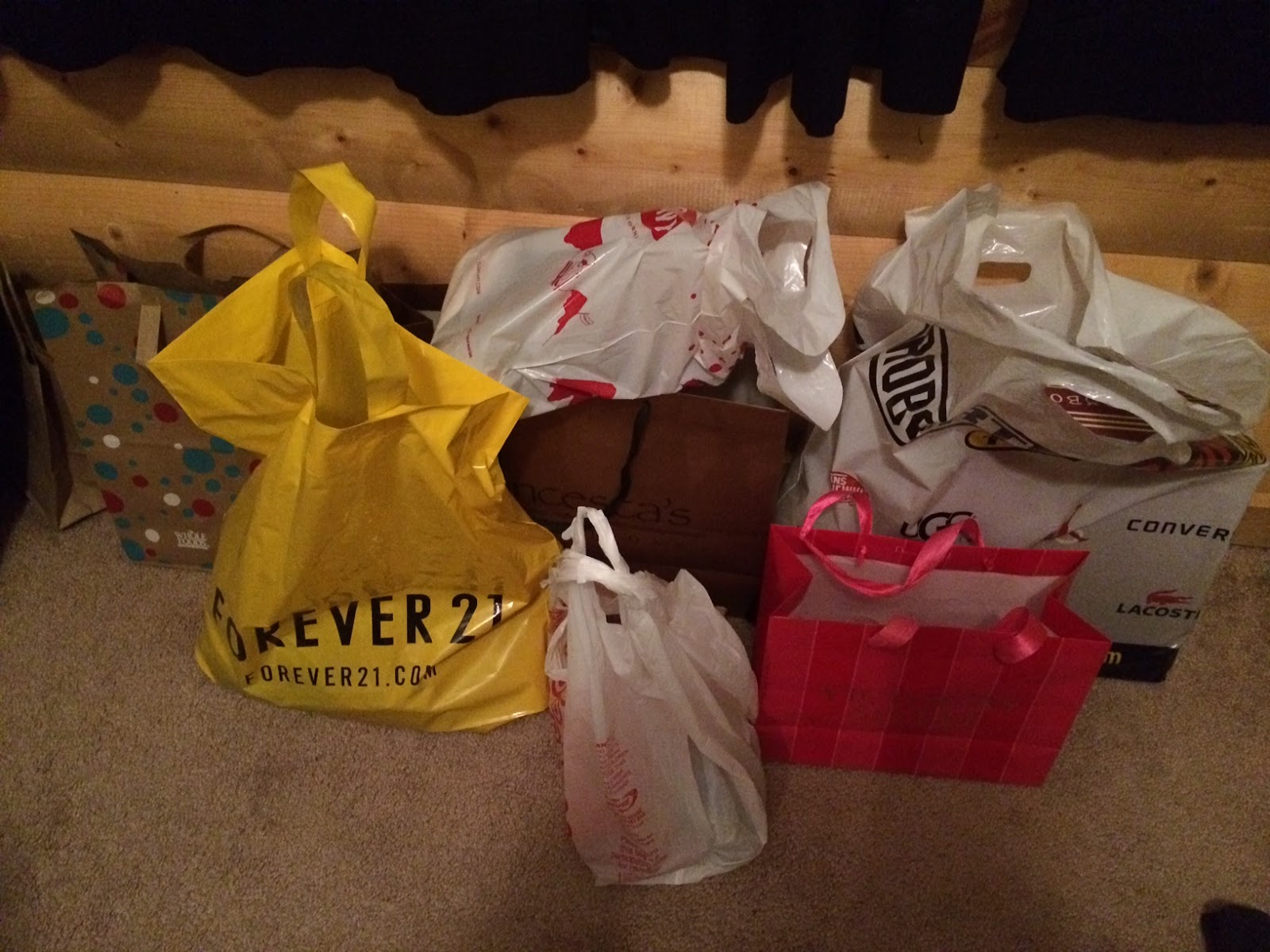 May have done a little bit of shopping…..
(Way too much all of our suitcases were over the limit on the way home haah!) 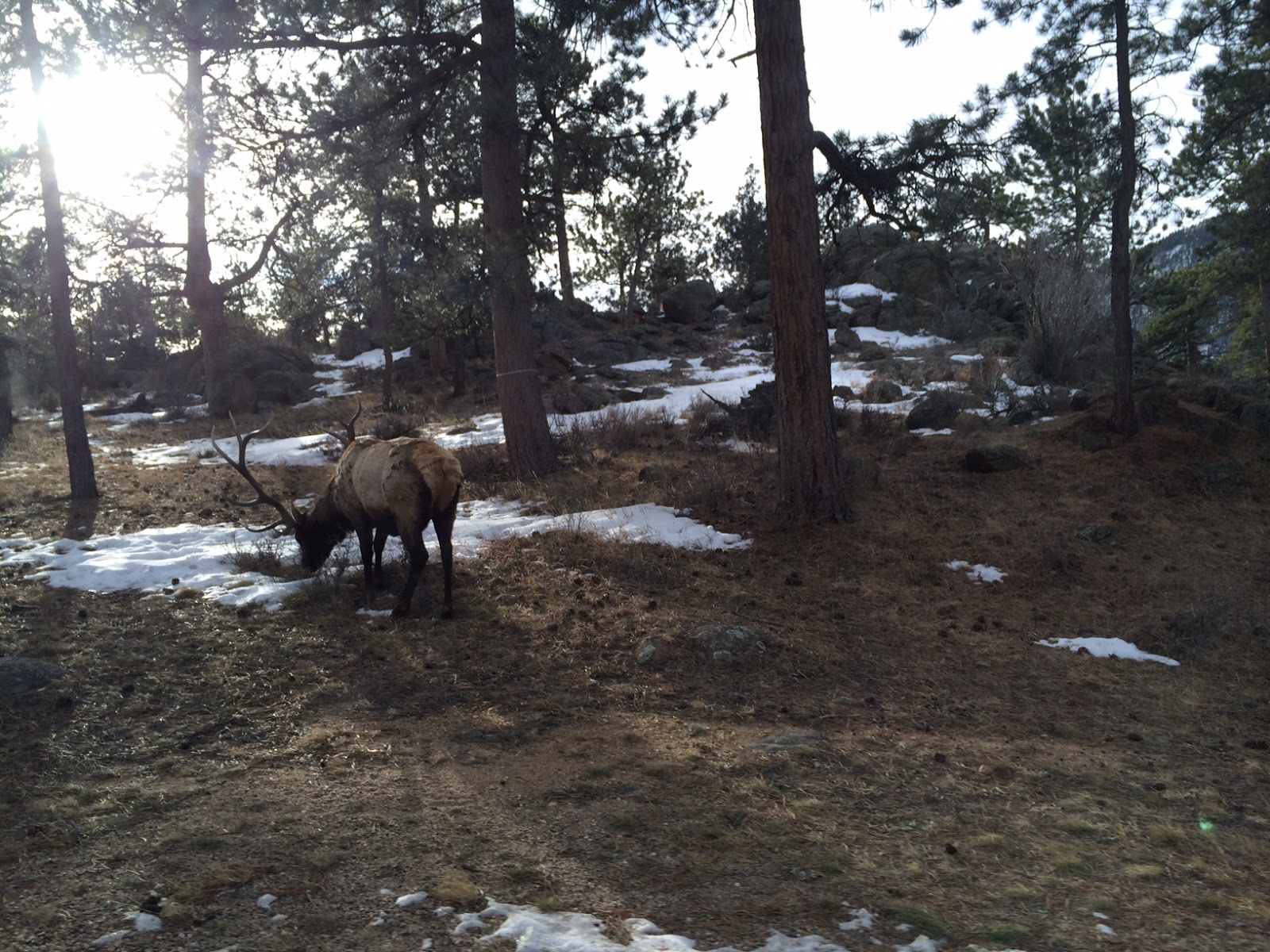 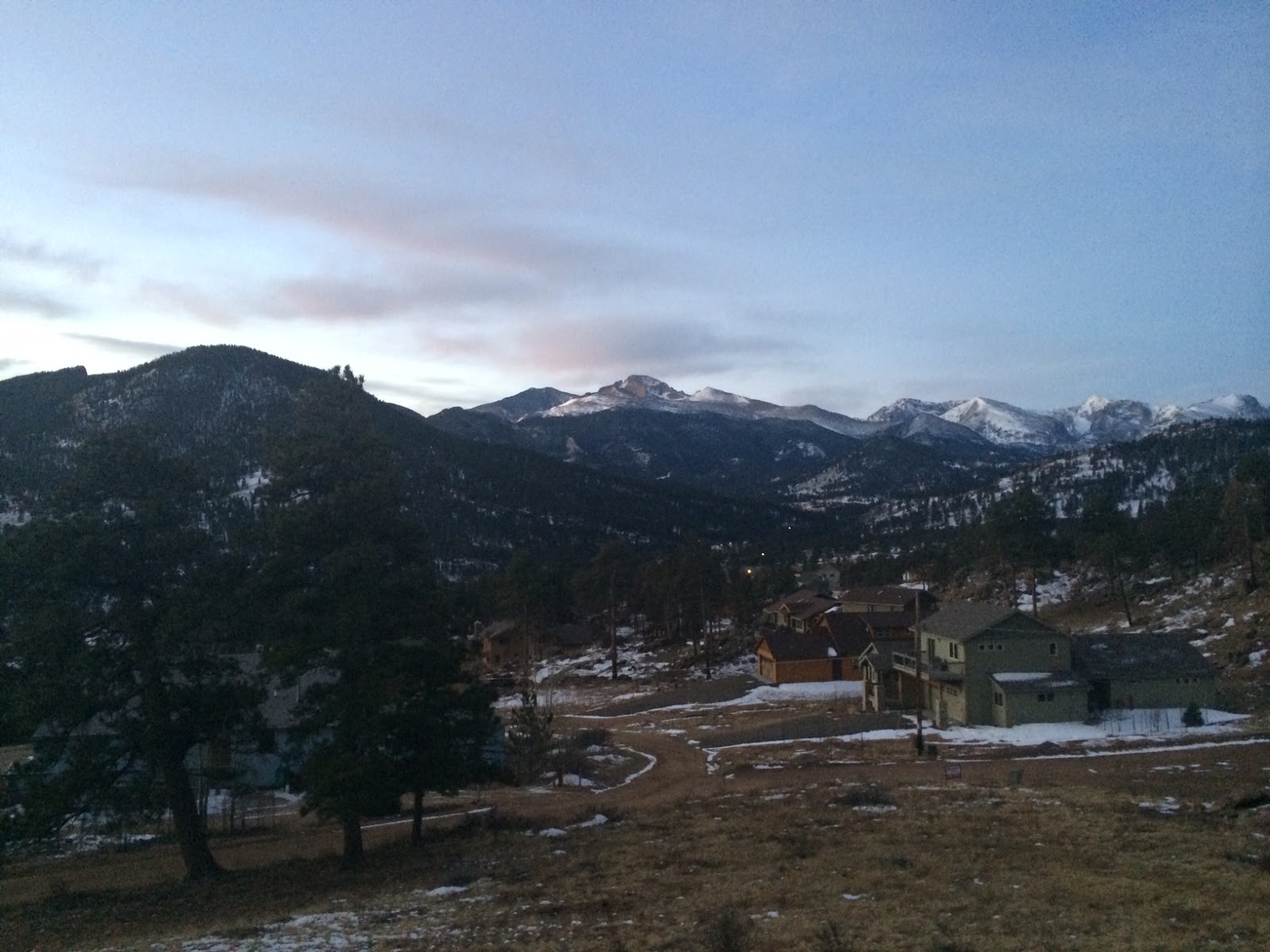 View from the back garden balcony! 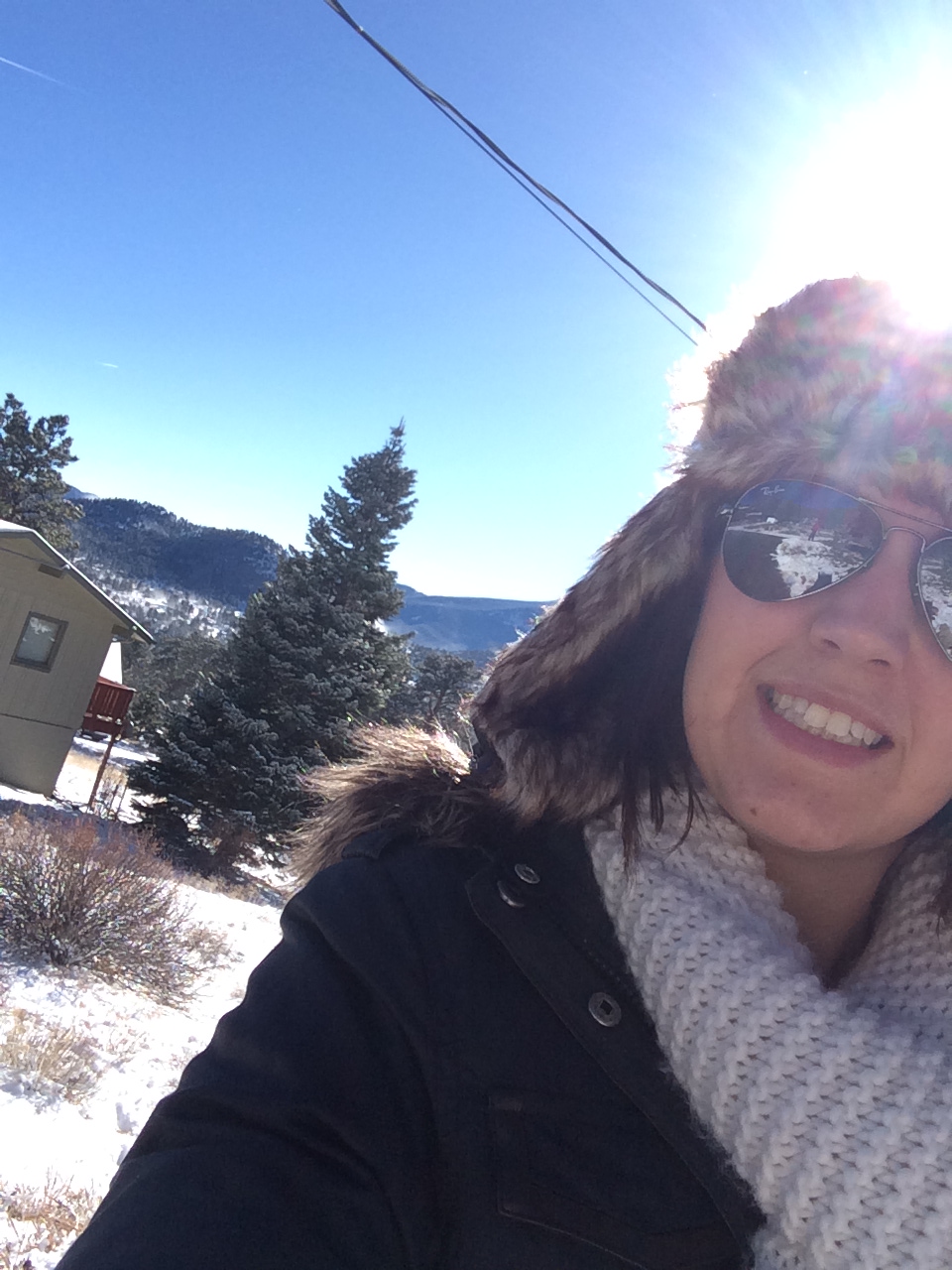 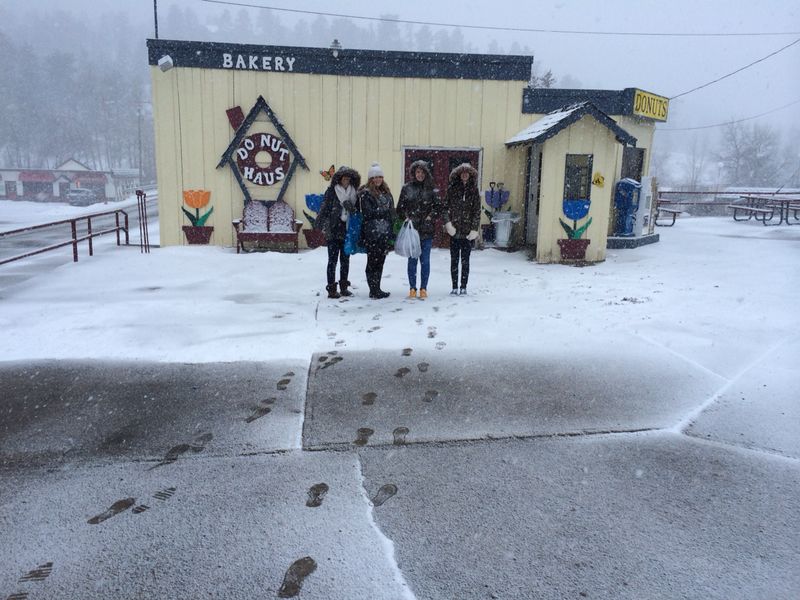 My mum and us four sisters went shopping one day & after 20 minutes of snow it just settled everywhere and we had to come & get picked up! This is the Donut Haus bakery who sell delicious donuts! I had a red velvet and Ella had a huge one in the shape of a turtle! 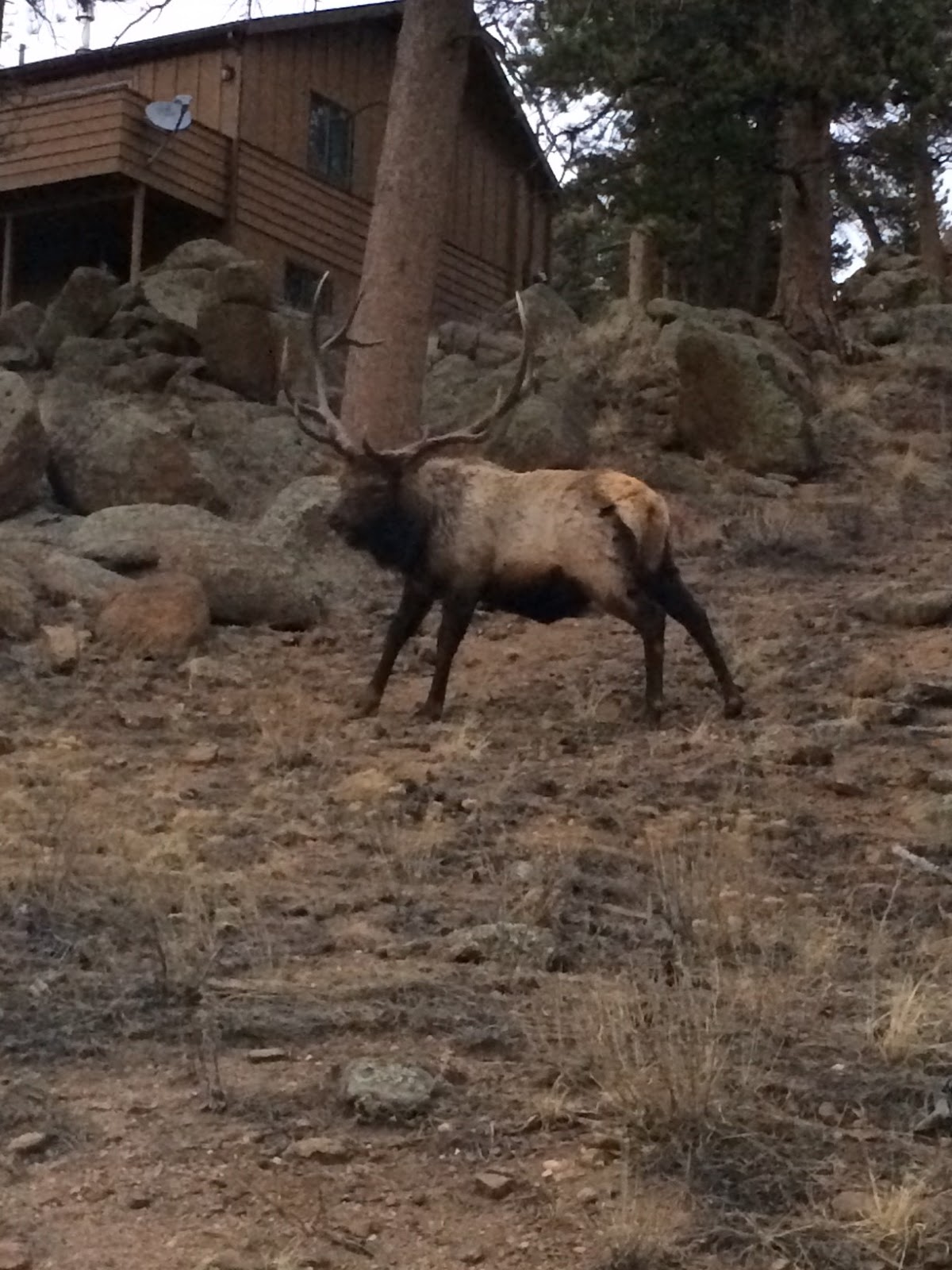 Poser! You can’t get too close to the Elk – this was in the car but if you YouTube ‘When Elks Attack’ there are some rather quite funny videos of people being chased by them haha! 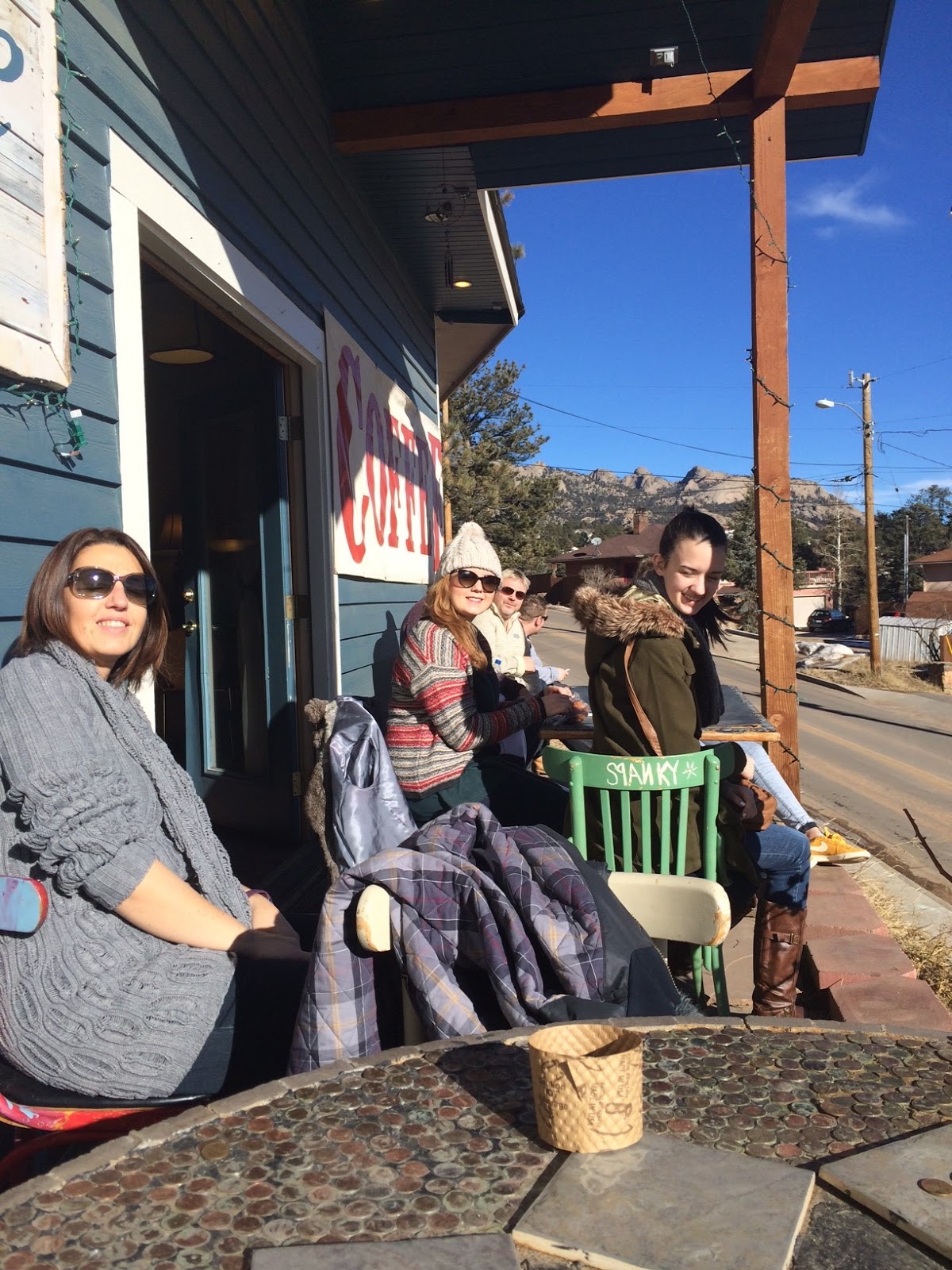 This was the first day – it was so sunny and warm we were actually able to take off our coats and were still so hot! This is my mum, Mia & Leila and Darren my step-dad poking his head through at the back! 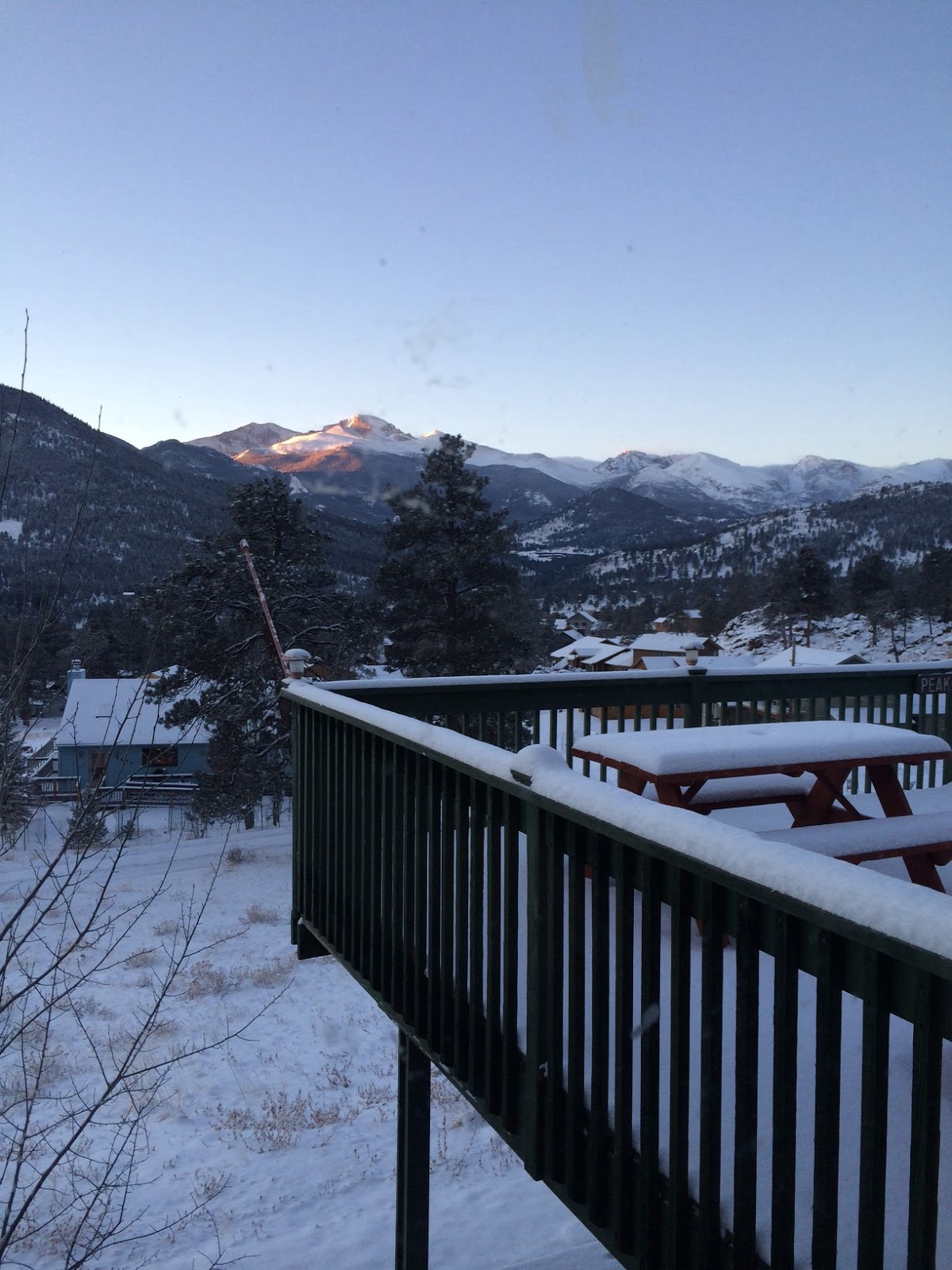 This was the first day that it snowed! I fell asleep on the sofa at 8 at night and got woken up at 9 to go to bed and it had started snowing then it looked like this in the morning! It was like a Winter Wonderland and the sun was just rising over the other side of the mountain which looked so pretty. 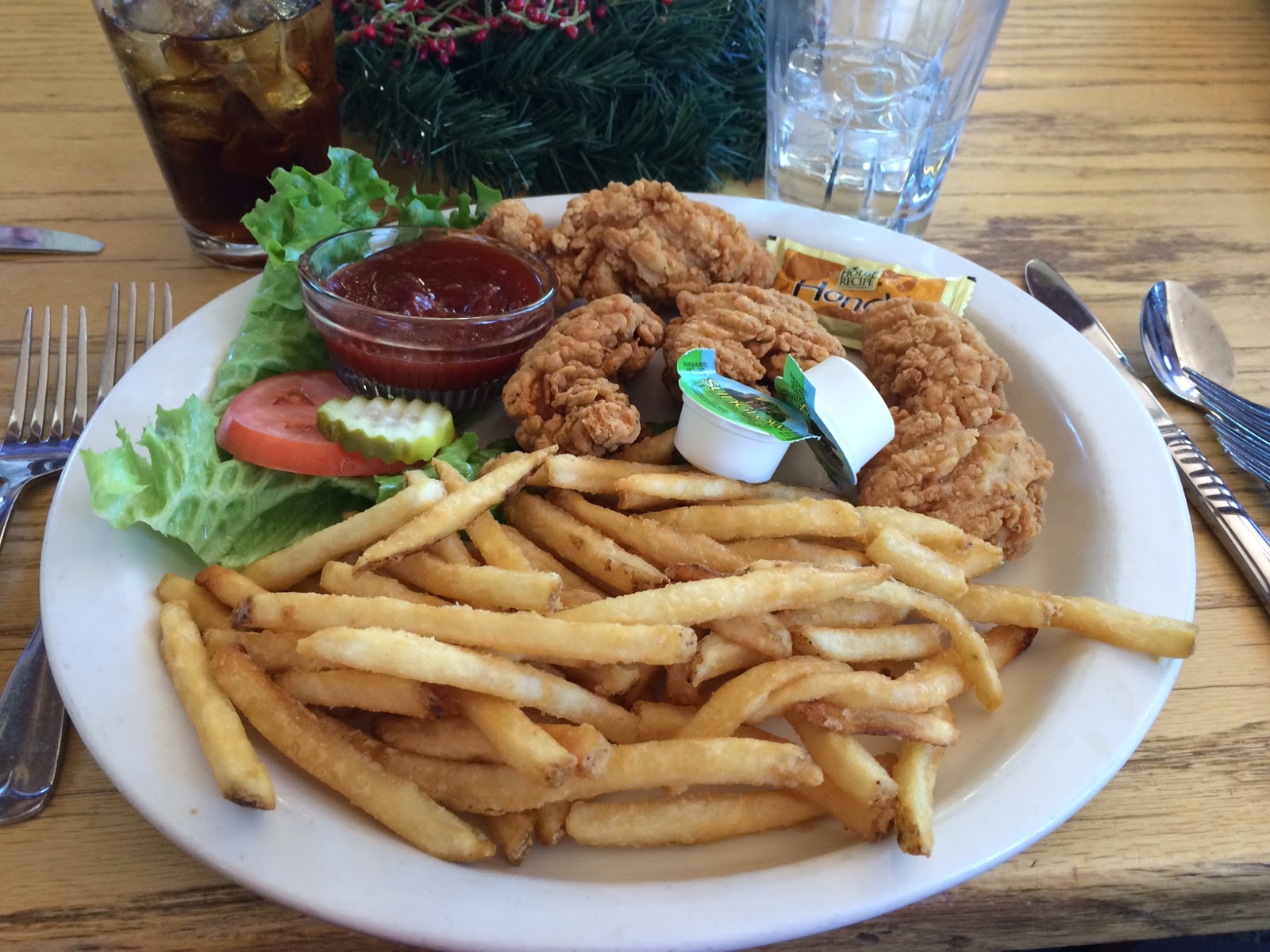 This was my lunch one day. The chips were so yummy and the rest was chicken dippers with a BBQ Sauce. Yum yum yum. 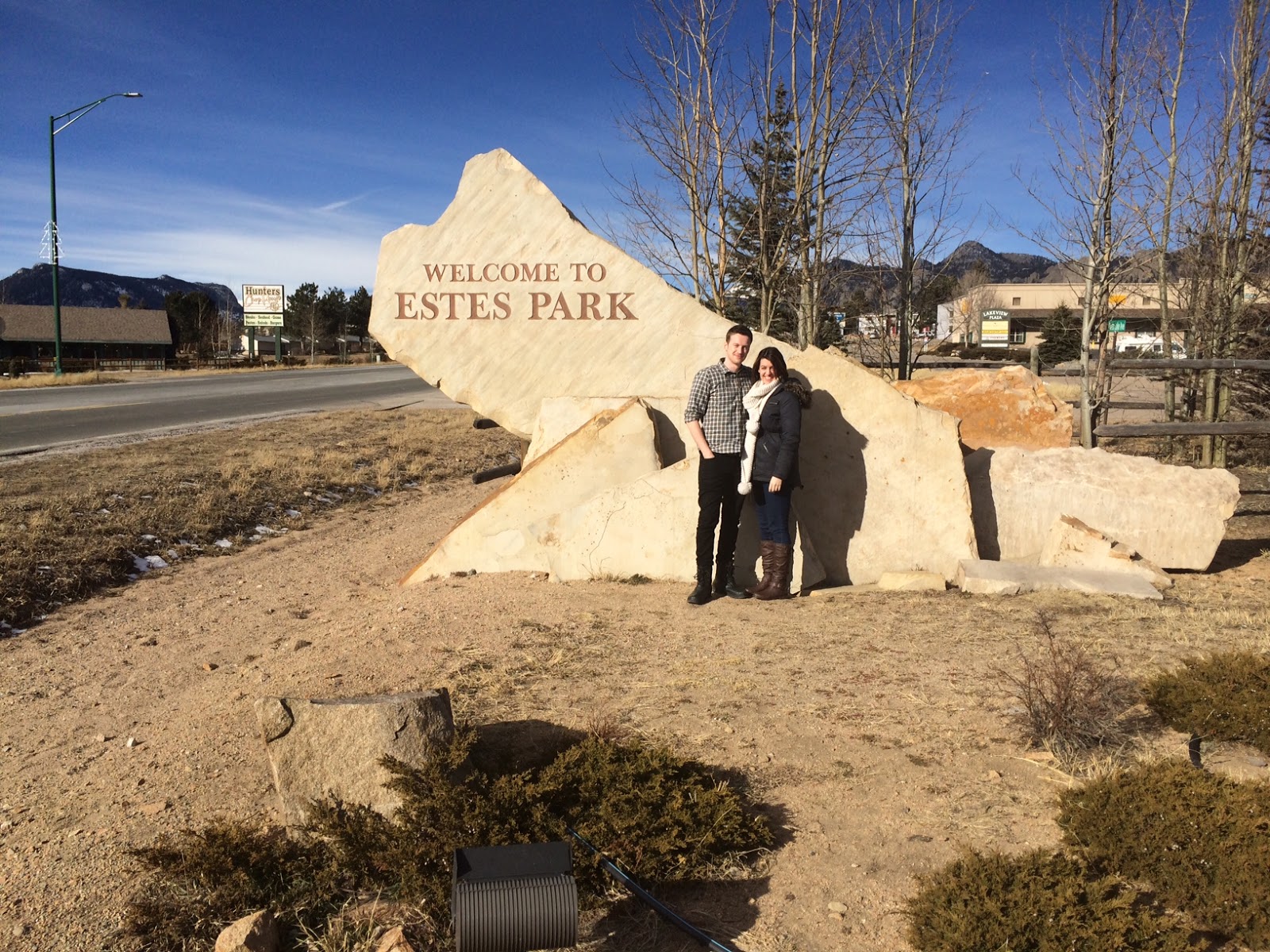 Paul & I at the Estes Park rock! 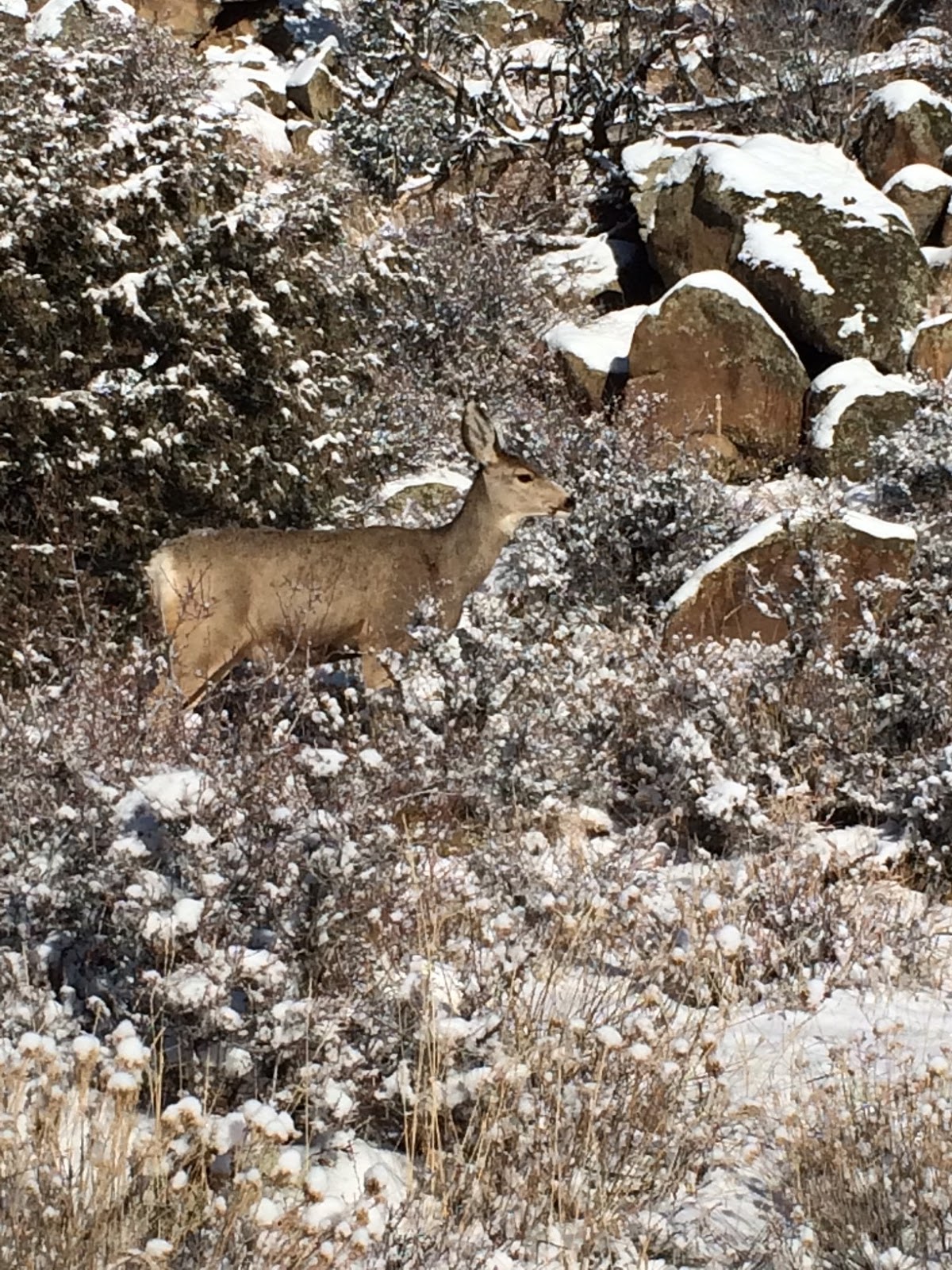 Beautiful Deer. They were everywhere all around the house and we even saw some out in the town! 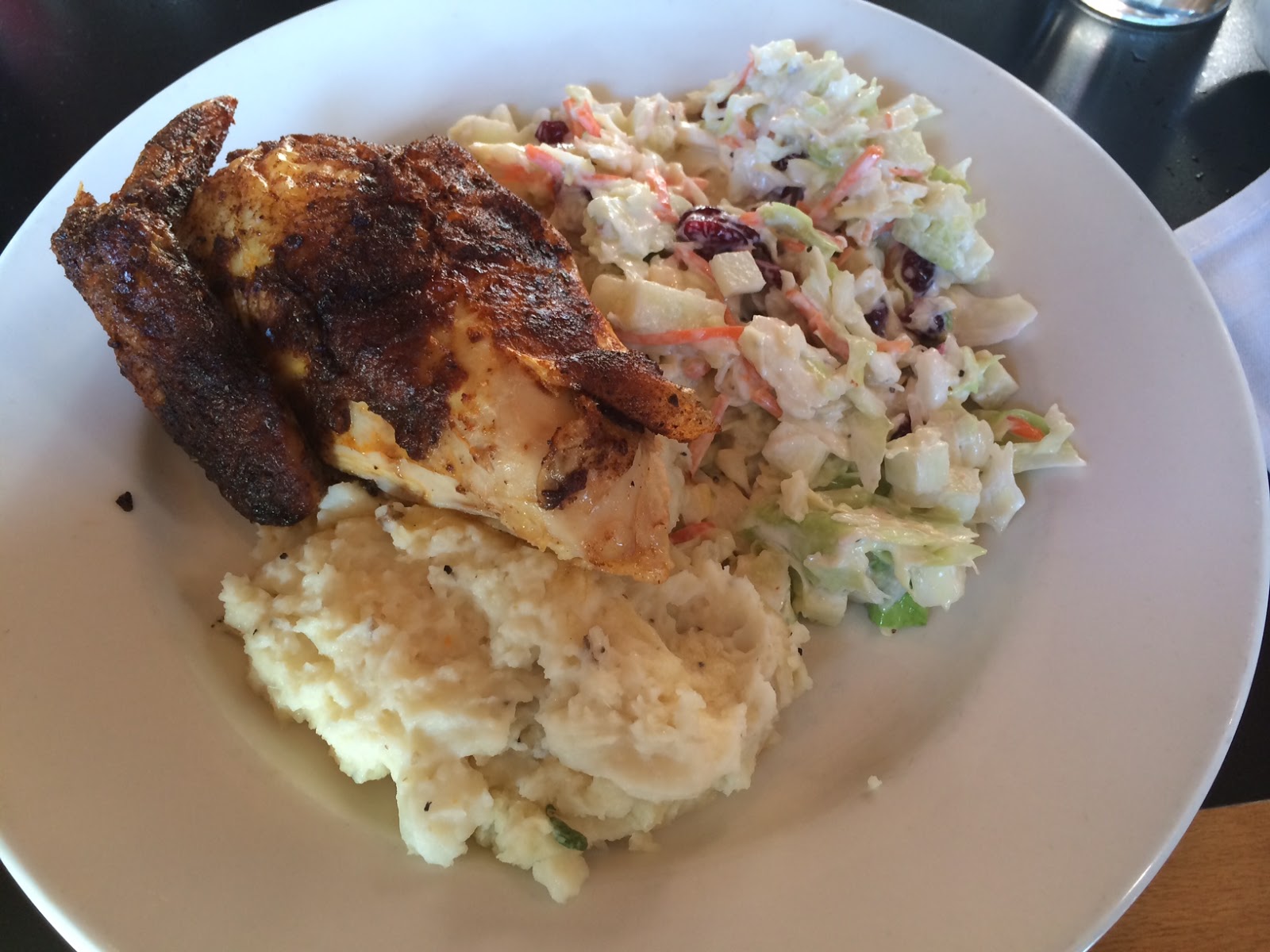 This was the tastiest meal I think I’ve ever had. It was Rotisserie chicken with fruity coleslaw (it had apples and cranberries in it and was sooo good!) with garlic mash potato. It was amazing. We were in Fort Collins and visited Austins restaurant. 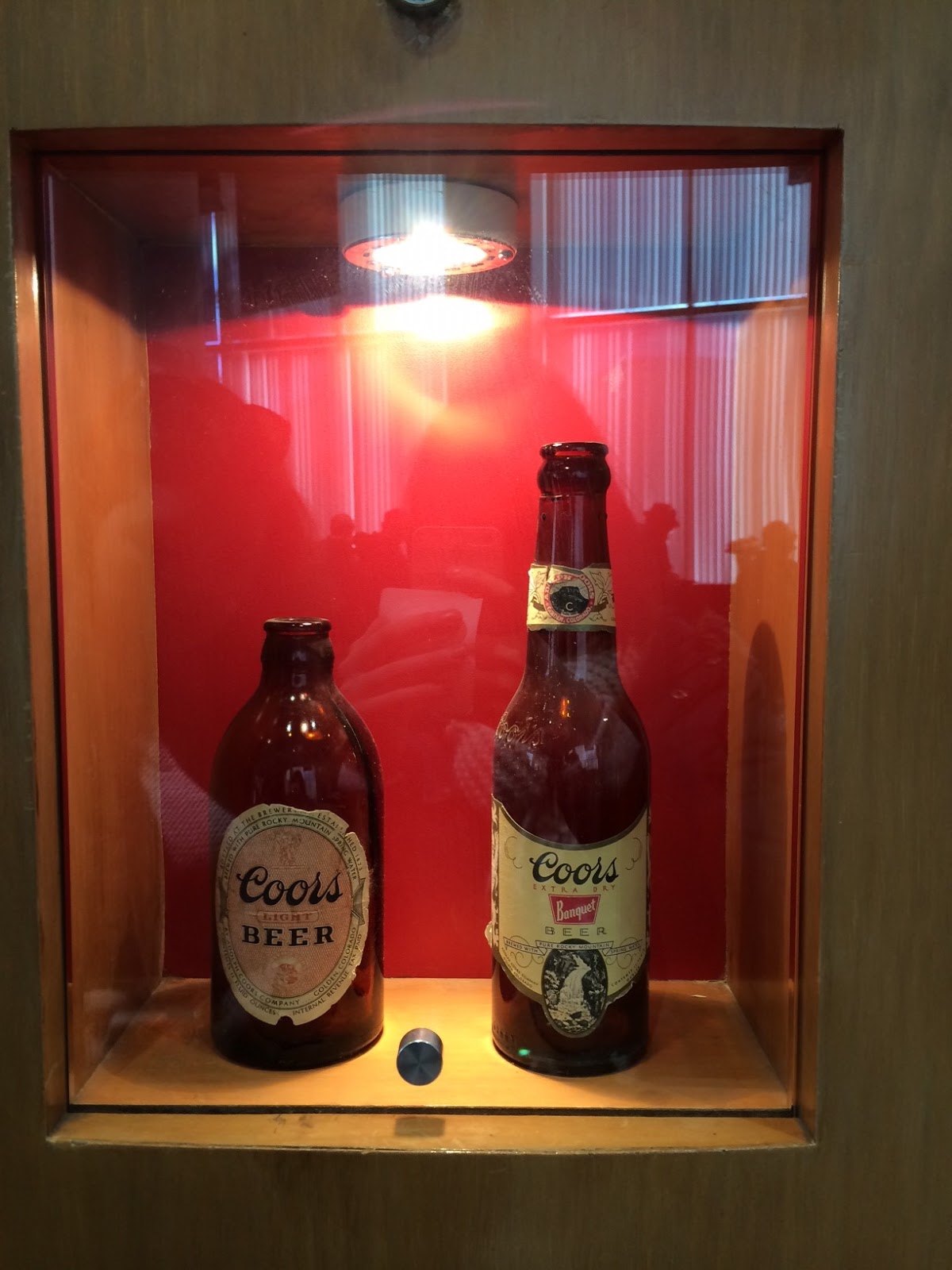 We visited the Coors factory in Golden which is where it is brewed and learned all about how it was made which was fun! 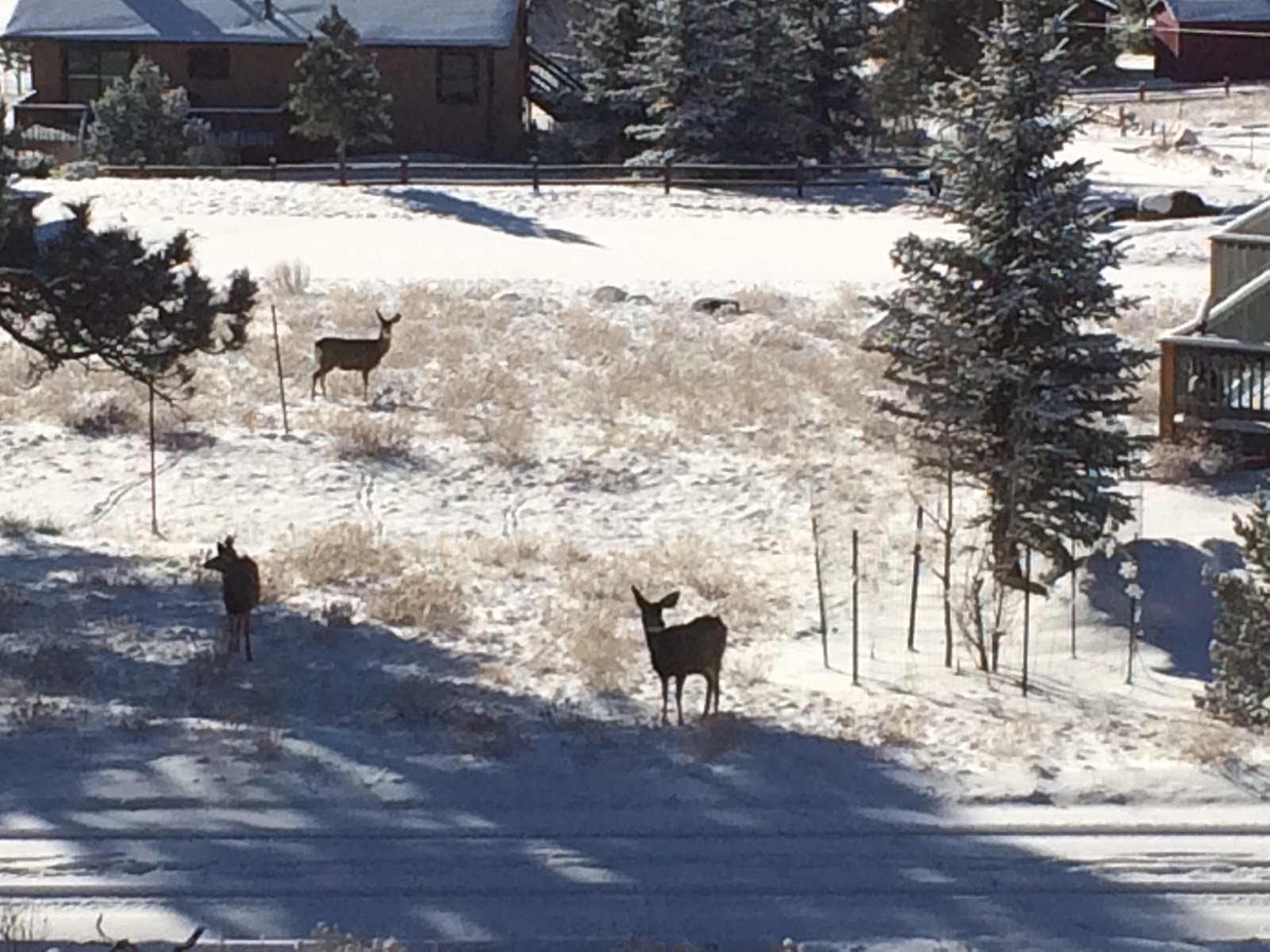 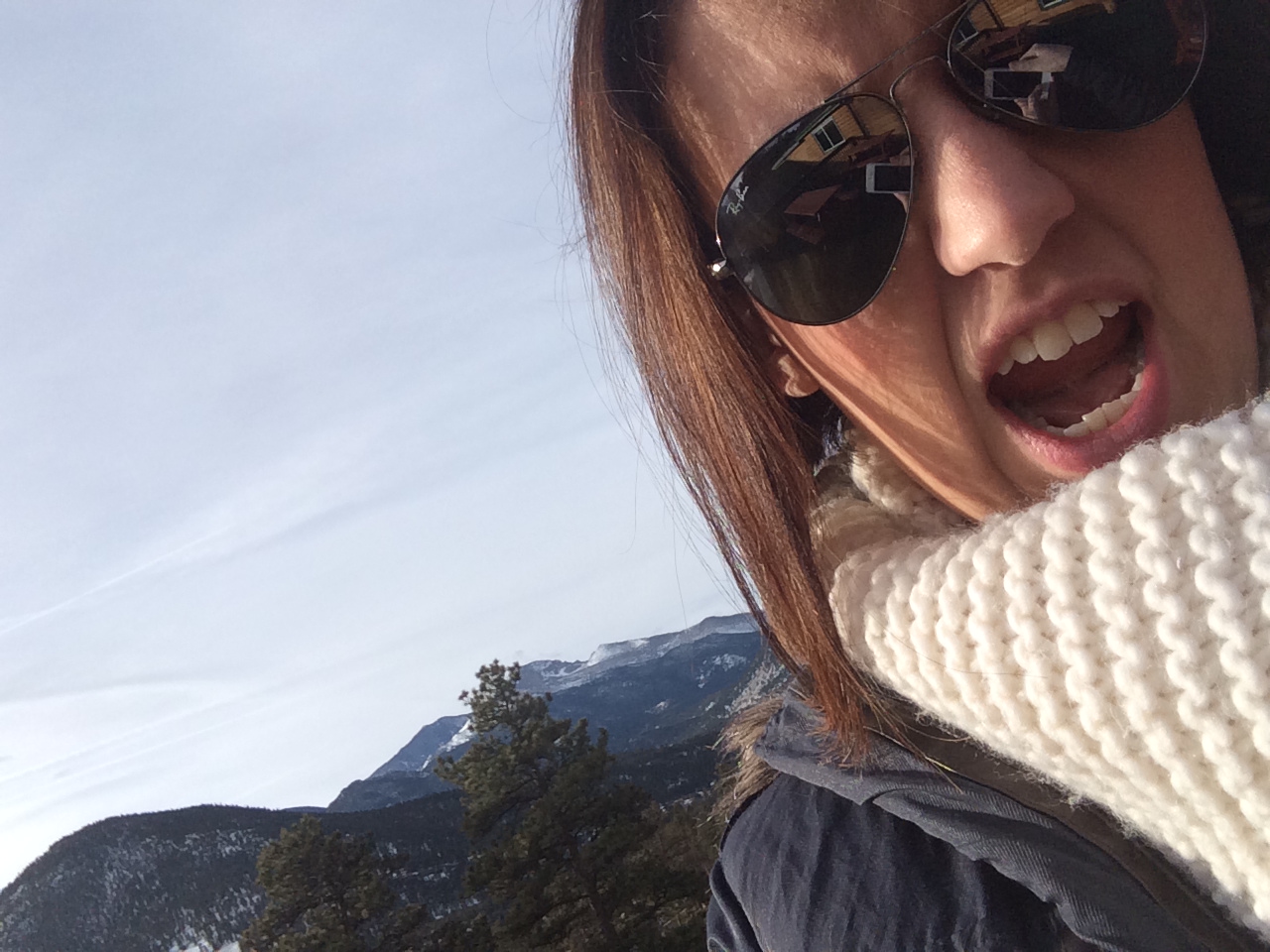 Photo of me taking stupid pictures in the mountains haha! 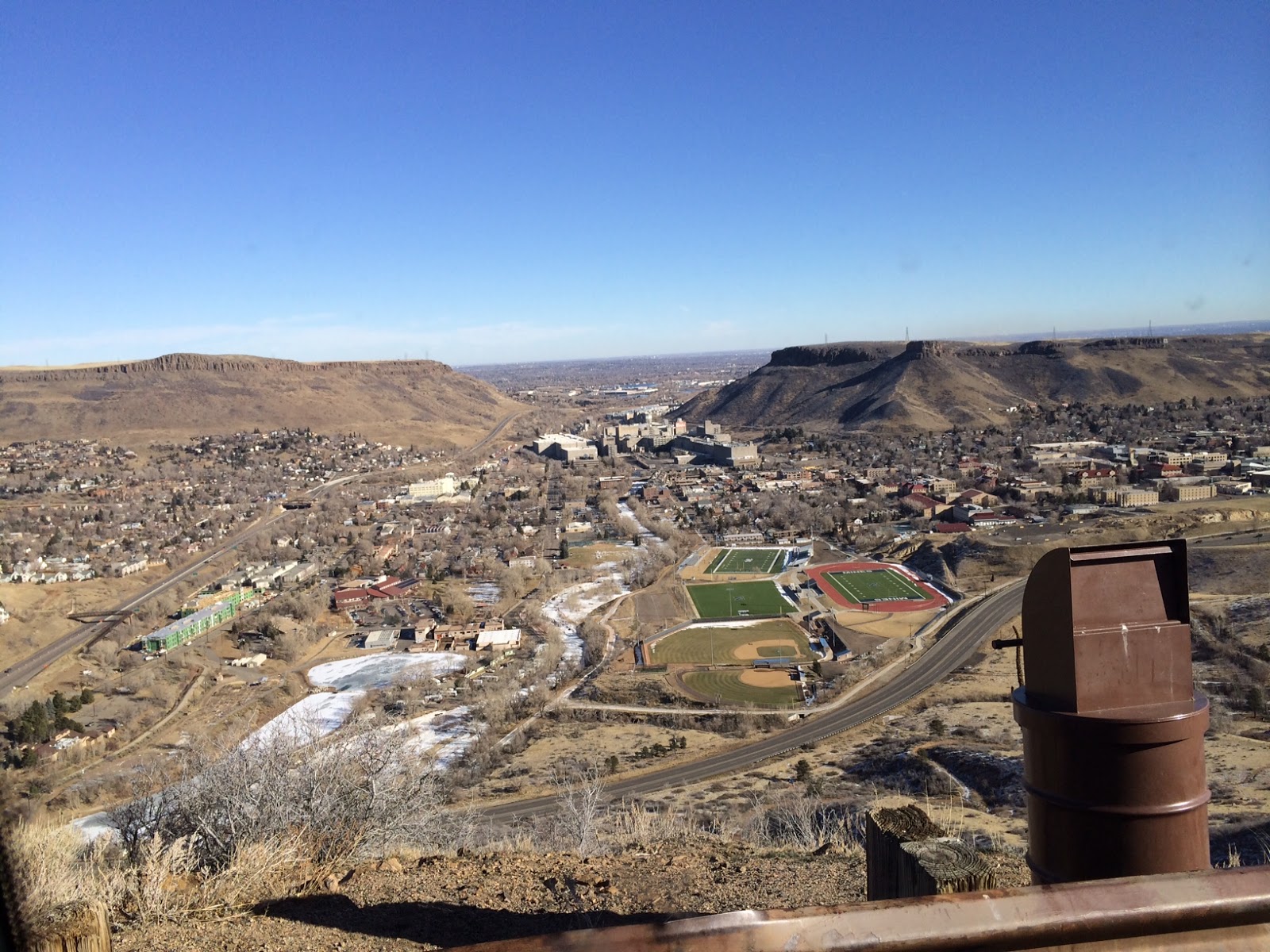 This was the view of Golden when we drove up one of the mountains. Yu can see the Coors factory we visited at the back inbetween the two mountains. 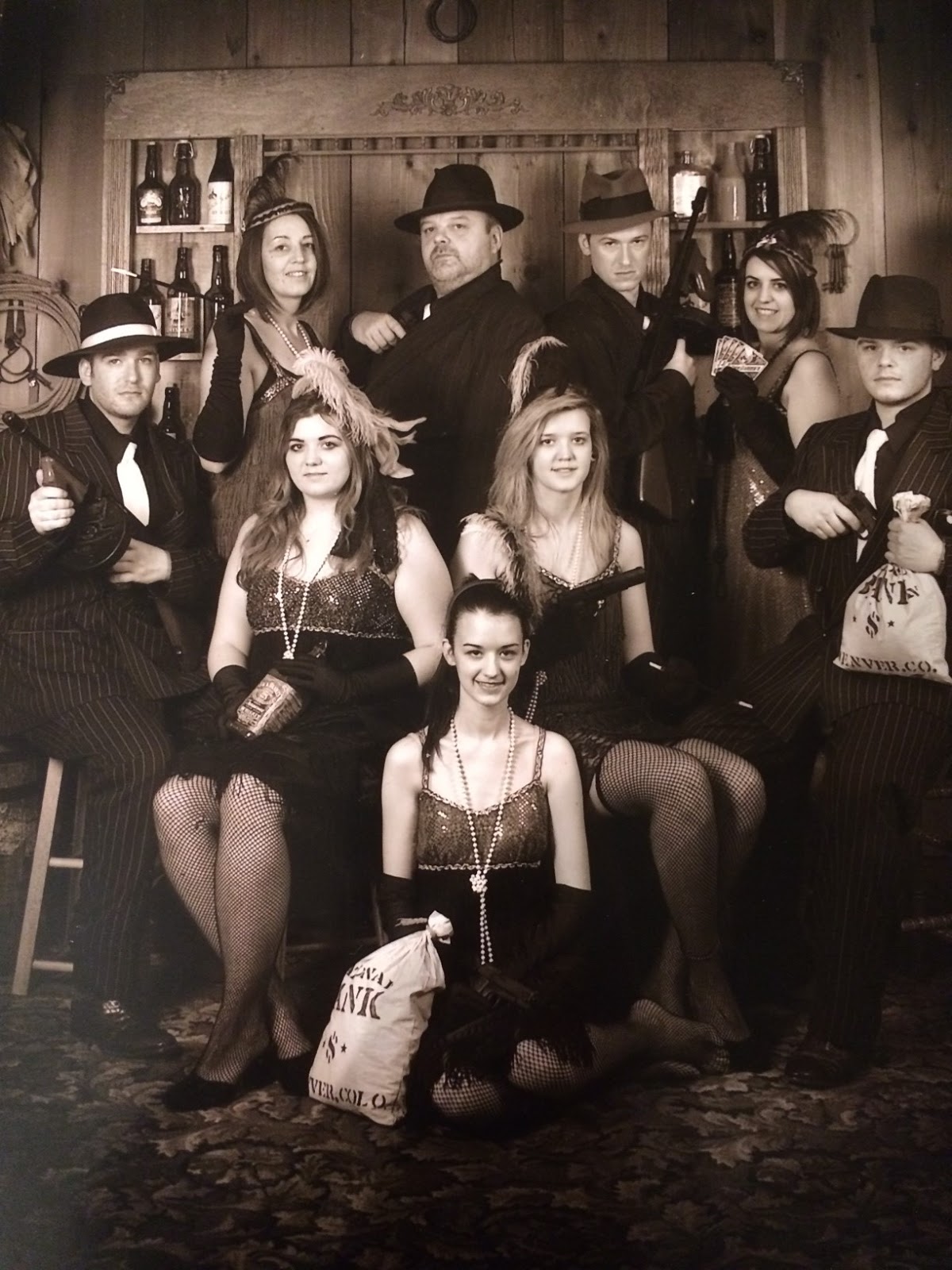 Back Row L-R: Mum, Darren (Step-dad), Paul (pulling a ‘serious’ face, Me
Front L-R – Ben & Mia, Ella, Jedd (step-brother) and Leila at the very front.
This was taken in a shop in Estes Park and you could choose what you dressed up as. We chose mobsters and 1920’s style flapper girls. If you could see what this place looked like & what our dresses looked like you would be in hysterics. There were changing rooms that were so tiny, the dresses slipped on at the front and did up with ribbon at the back in three different places so we were made to wear men’s boxers so we didn’t flash our knickers to anyone! 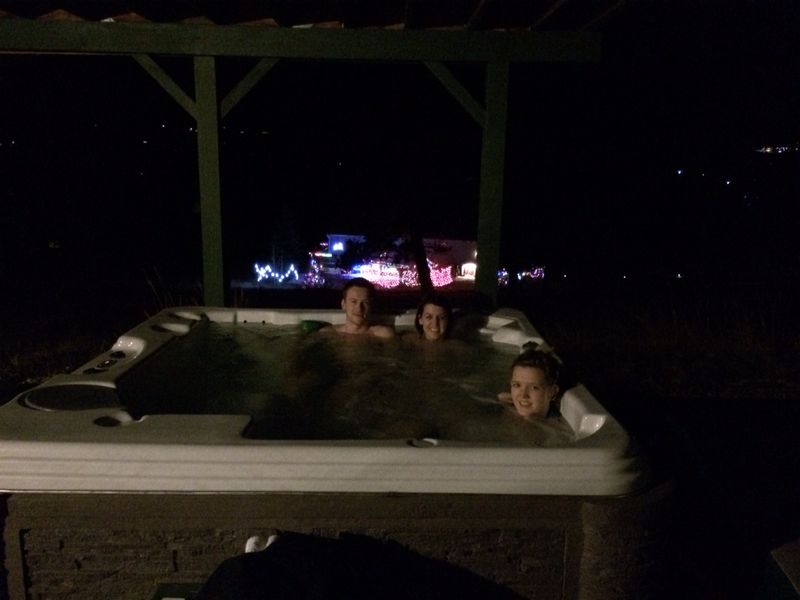 The last (bloody freezing!) night we spent 20 minutes in the hot tub as we hadn’t had a chance to get in before! It was so cool just being out in the middle of the mountains, sitting in a jacuzzi. It was lovely & warm and bubbly inside but we started to get too cold so didn’t spend too long in there. The neighbours still had their Christmas lights on that played music!!
I hope you enjoyed looking through my holiday photos! It’s making me want to go back there so bad haha!
Amber
Lifestyle
Comment
Share