Battle of the Shimmering Body Oils

Last year I entered a competition that A Beautiful World were holding to win a bottle of the Lumiere d’Opale Shimmering Body Oil. I was over the moon when I won as I’d wanted to try it for a while but didn’t want to fork out £42 for the 50ml bottle. I won it at the end of last year so only recently got round to trying it as we’ve finally got round to some nicer weather.

When I placed my order for the A Beautiful World S/S ’14 Sampler Box, I also had saved up enough rewards with ABW for £10 off my order. As it was free delivery over £25 I thought I’d buy something instead of paying £3.95 delivery so at 6am in the morning I chose the Kadalys Sublime Body Oil. Yes it was 6am and I wasn’t thinking right…why did I need two shimmering body oils? I don’t but hey..it stood out to me that early in the morning and it was a brand new company on ABW. Along with my £10 off and free delivery, in my head it only cost me around £13.00 (good thinking eh?) It makes me feel better anyways…

So…seeing as I have two products that are pretty near the same thing (or at least they claim to be), I thought I would do a battle & see who comes out on top. 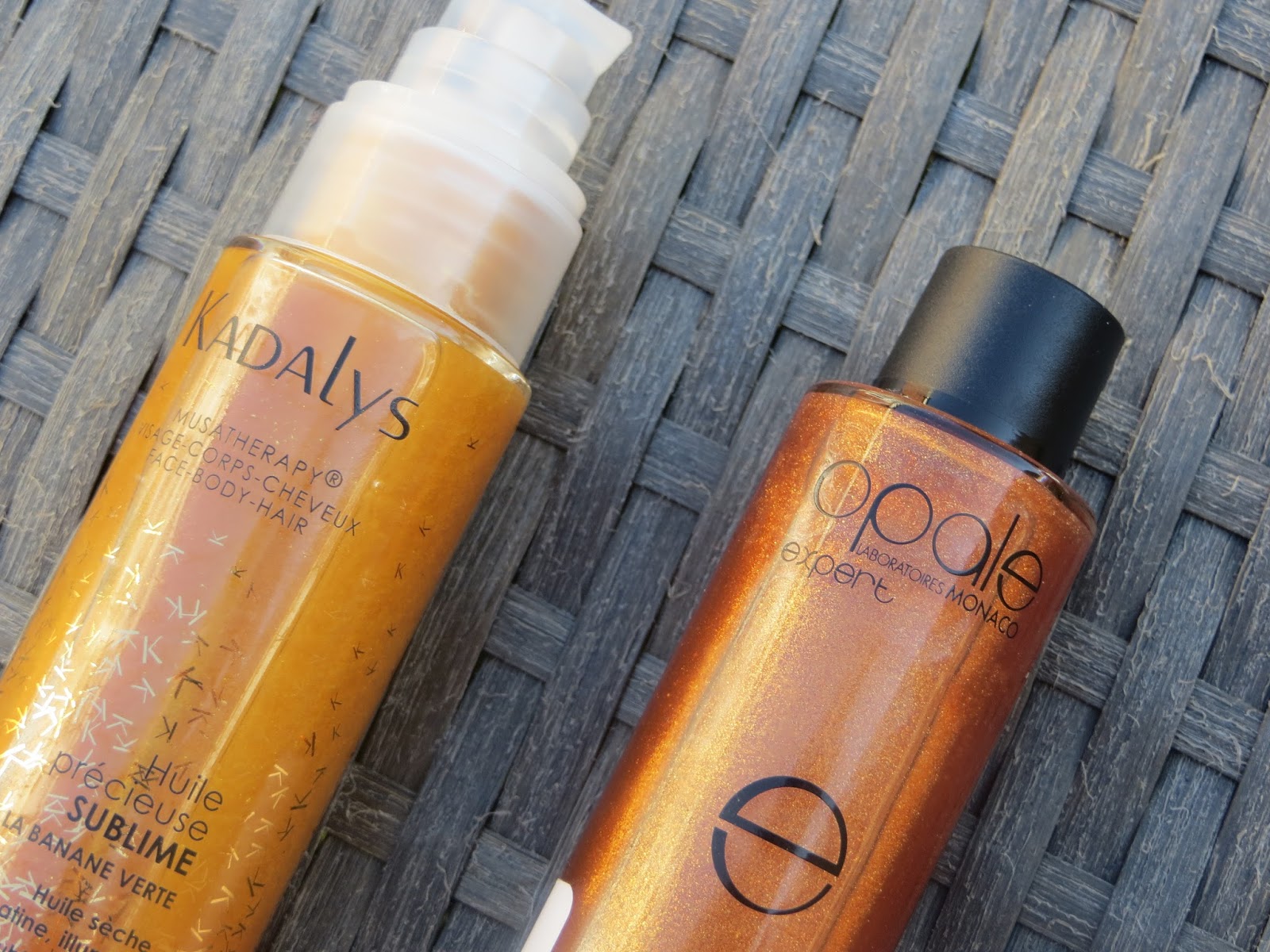 Lumiere d’Opale
With 100% natural ingredients including Macadamia Nut Oil, Sesame Oil and Citrus Oil – this lightweight shimmering body oil helps eliminate dead skin cells and activate the production of new ones. It’s perfect for giving skin a luxury post sunshine treatment, and helps extend the length of your tan. The smell is an alluring combination of rich macadamia mixed with the zest of citrus – just divine. 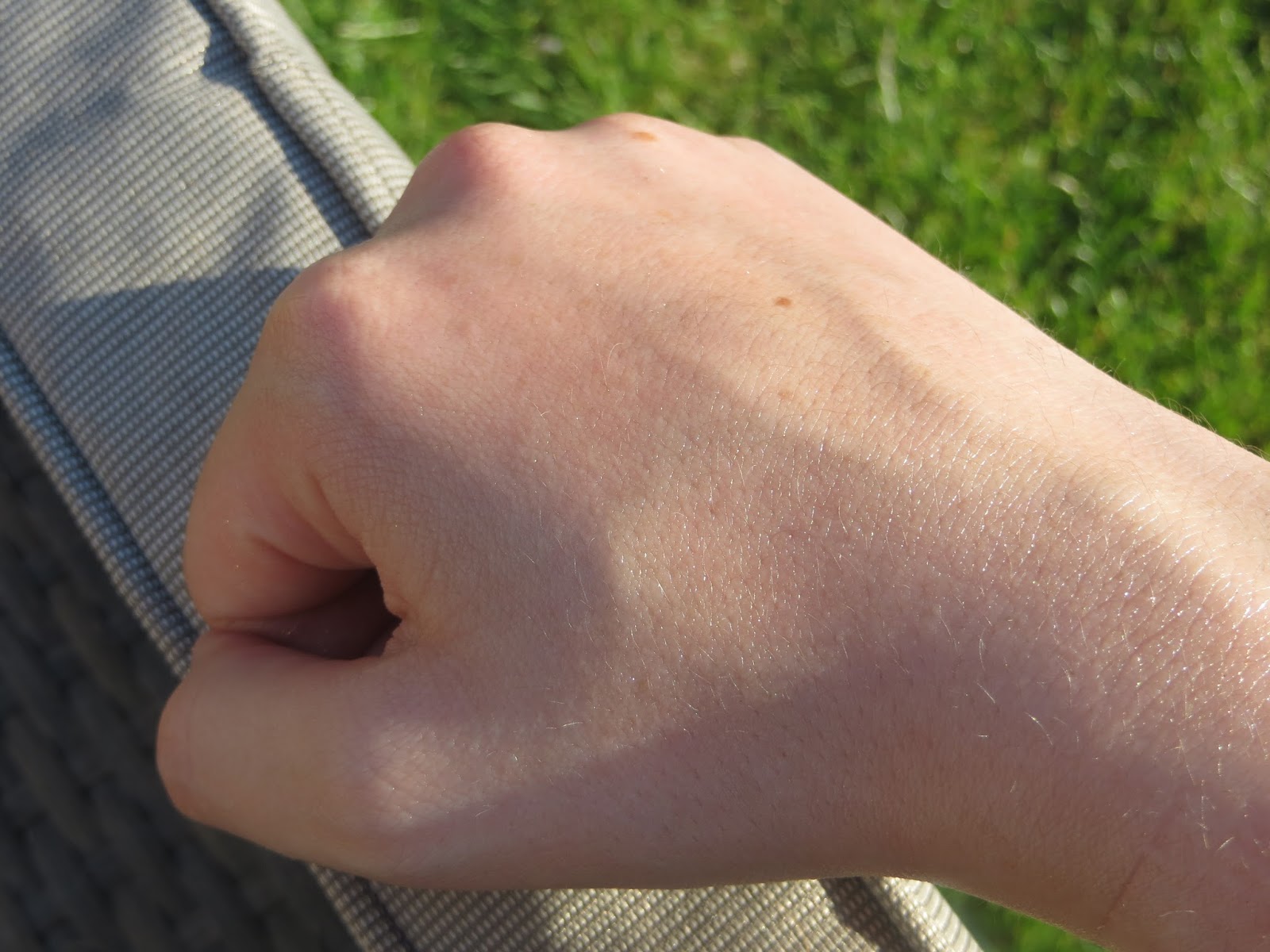 Kadalys Sublime Body Oil
THE SHINY ONE. This oil is perfect for summer evenings to give a beautiful iridescent shine to the skin. It contains a unique combination of five natural plant oils, which combine to form a nourishing, shimmering oil which absorbs quickly into the skin leaving iridescent gold and copper particles to highlight hair and illuminate skin. The green banana extract, combined with five natural oils, gives a perfectly balanced concentration of antioxidants, vitamin E and Omega 9 which neutralises free radicals and helps preserve skin’s elasticity and moisture content. This light body oil leaves a delicate shimmering effect on the skin. It has the same key ingredients as the Nutritive oil, but with an iridescent effect to brighten the skin and gently enhance its natural tone. 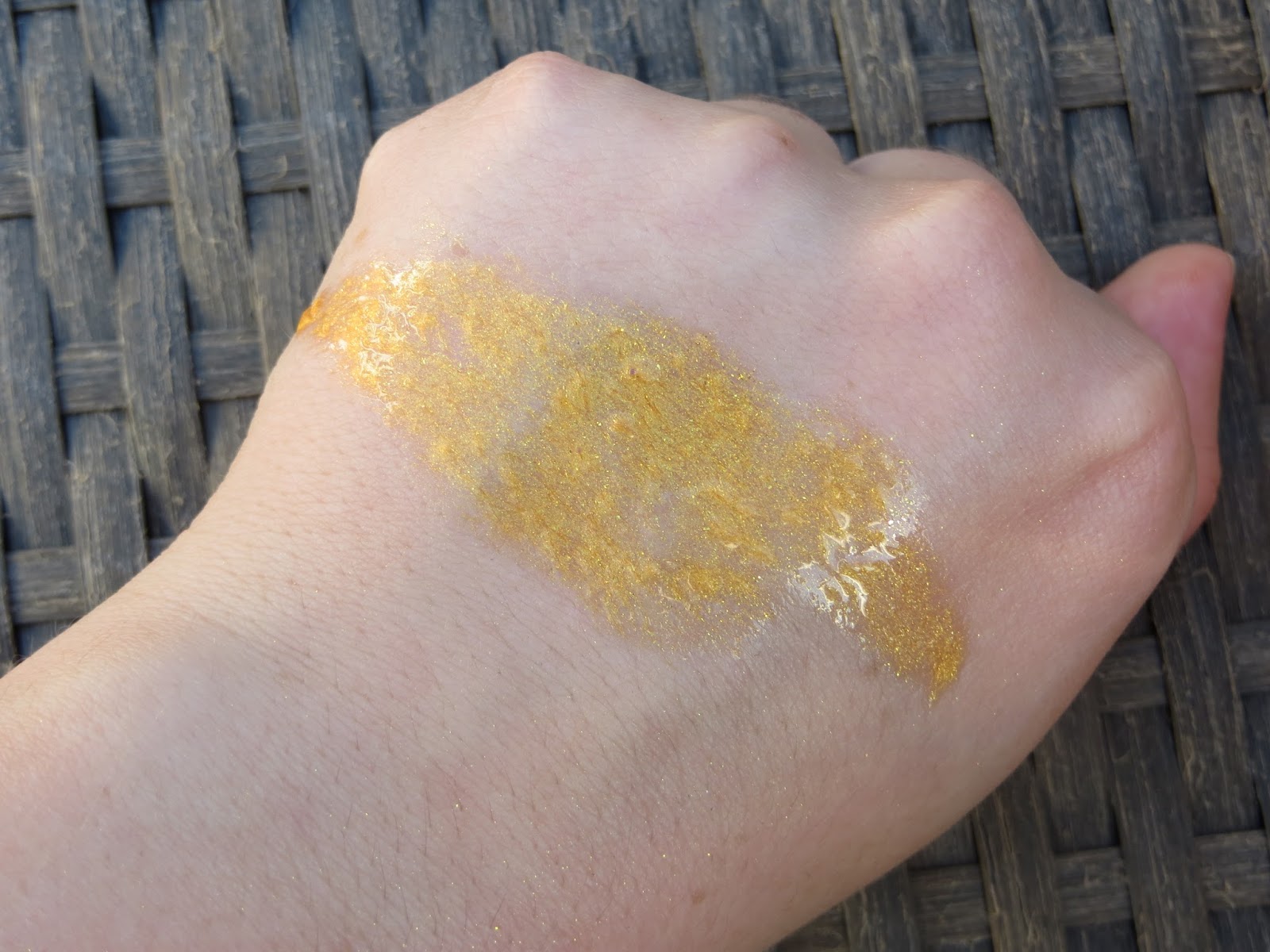 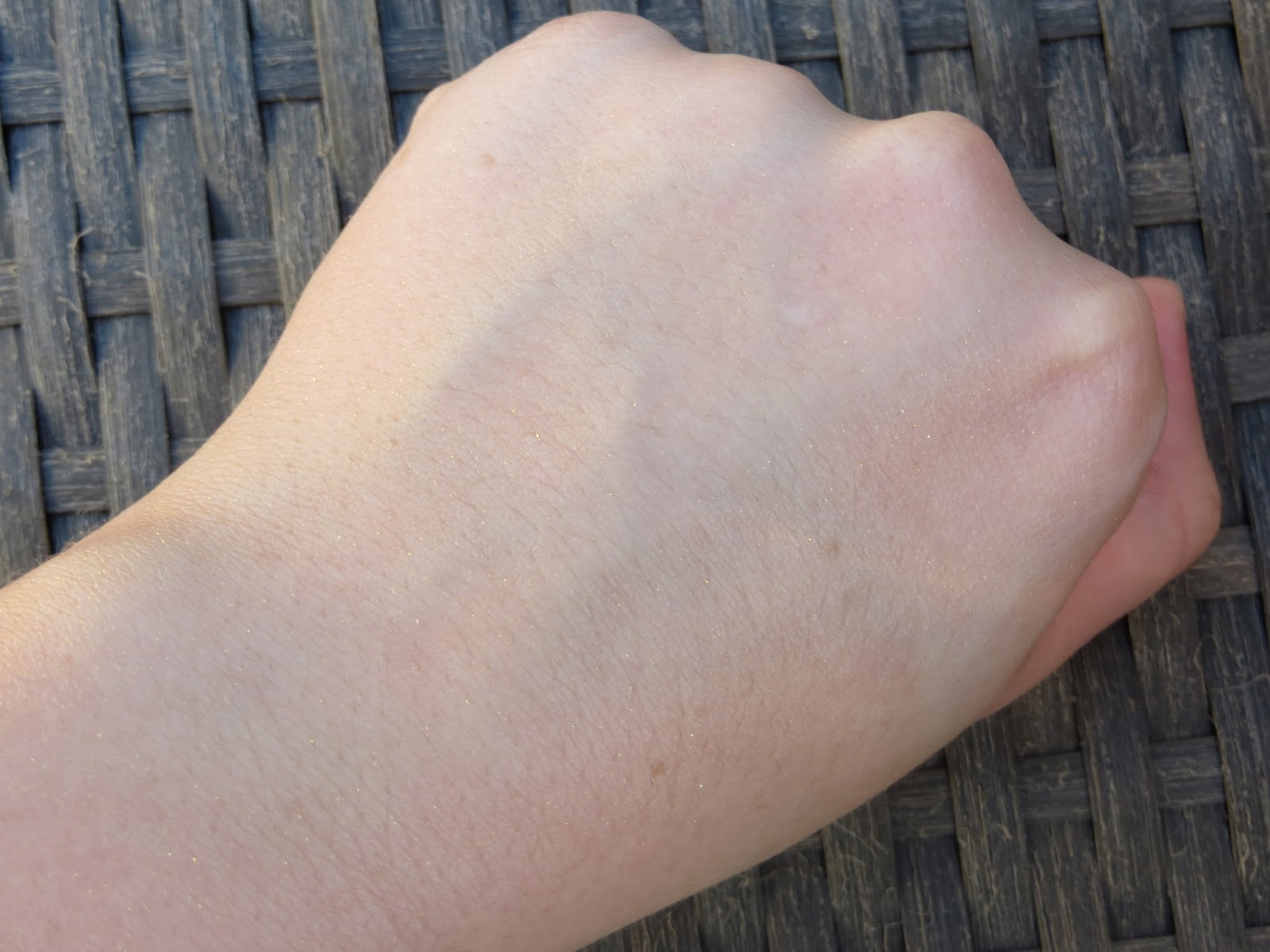 Lumiere d’Opale – Macadamia Nut Oil, Sesame Oil and Natural Citrus fruit extracts from fresh lemons and limes. One word of caution, we wouldn’t recommended using this during pregnancy due to the high concentration of essential oils.

Both oils have Parfum (Fragrance) on their ingredients list.

They sound pretty similar in the descriptions but the textures & colours of these oils are pretty different. Lumiere d’Opale is a rich golden shade with tiny shimmery particles that give an all over glow whereas the Kadalys is more of a clear oil with glitter particles that are separate? Its pretty difficult to explain! With the Kadalys one it doesn’t look like you’ve just covered yourself in glitter as its very fine but I don’t think it gives as much of a glow as Lumiere d’Opale. That being said, Opale works much better when you have a tan. I don’t think it gives as much of a glow on pale skin which is a shame. It does give you a bit more colour but I just think the darker you are, the more of a glow it gives.

Basically: Kadalys = glitter. Opale = sheen & shimmer.
I’m really sorry about the photos above – I was in the garden trying to take photos to get the sun to pick up the glitter/shimmer but it didn’t work very well. If you move your screen you might be able to see the glitter in the Kadalys one – its much more noticeable in real life.

Both oils moisturise the skin and dry very quickly. There’s no stickiness or waiting around as they’re dry oils which I think is great. There’s nothing worse when you’re on holiday in a hot country and having to wait around covered in a sticky oil when you’re probably already hot & sticky!

Lumiere d’Opale smells fruity, fresh and just lovely. You could wear this without perfume as it smells so good! Sublime Oil hasn’t got as much of a strong scent but I can’t really put my finger on what it smells like but its still nice!

You can also use Sublime Oil on your hair which I love as I have highlights on brown hair so its nice to give the highlights a bit of an oomph! I do think Kadalys would look nicer on legs rather than arms because if you sit next to me with this on, I do look glittery. Whereas with your legs, its going to be less noticeable as you’re further away.

Lumiere d’Opale it just an open bottle with a lid so you have to pour out the product whereas Sublime Oil has a pump.

Lumiere d’Opale hands down. Even though the price is a bit crazy, it just gives my skin a lovely glow. Kadalys is more of a glitter whereas Opale has a lovely sheen to it that’s less noticeable but just smooths over my skin and gives it that luminous glow, especially when I have my tan on!

Have you tried either? What did you think about them?