I have been getting through quite a few products recently and I’m making an effort to use as many products up as possible before we move house, so I have less to pack up & move! So today I’m sharing with you all a few of the bits & pieces I have used up in the first few months of 2016. 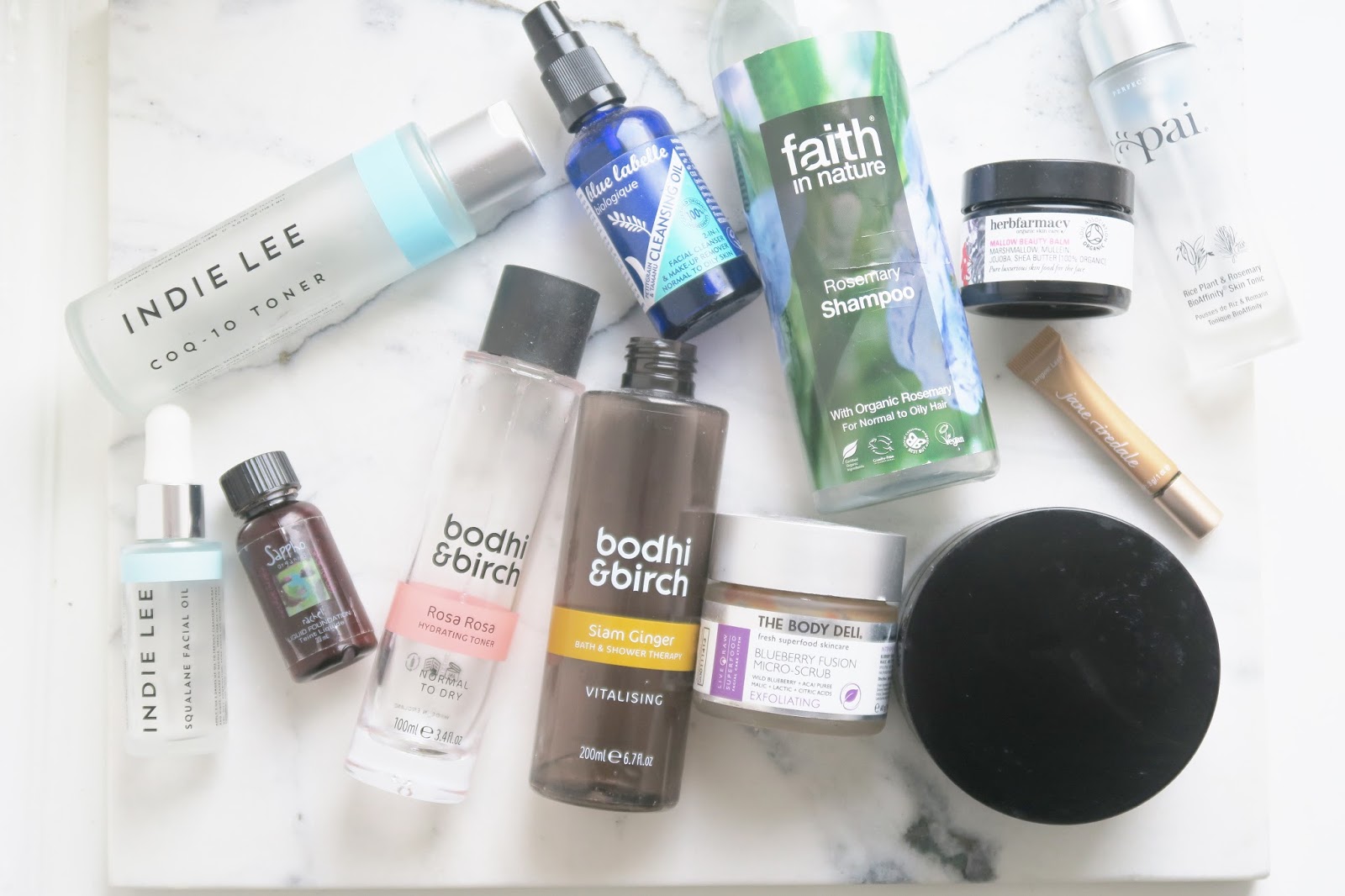 I was sent the Bodhi & Birch Himalayan Detox Scrub back in 2014 when I first tried a few products from the brand and the reason I still had some of this is because I saved it for special occasions because it is such a luxurious product. However it was well over-due to be used up so I did a full body scrub with this one day to empty the tub. Would I repurchase? It’s a tad pricey for me for a body scrub, however I would ask for it as a present!

Another Bodhi & Birch product that I’ve used up (with the help of Paul…) is the Siam Ginger Shower Therapy. The shower gels from B&B are absolutely beautiful and smell divine. Would I repurchase? Yes.

I also got through the Bodhi & Birch Rosa Rosa Toner which is so lovely. It smells beautiful and helps to calm down my skin of any redness or large spots. Repurchase? Already have another!

As part of my prize from Indie Lee I ordered loads of bottle of the Squalane Oil which I still love. I also got to try the CoQ10 Toner which I actually fell in love with. It usually takes me a while to get through toners if they’re in spray bottles, however this one has a small pump that you pour the toner out through and it meant that I did get through the bottle fairly quickly. However…I also did use it A LOT because it’s the most refreshing toner I’ve ever used. It smells so fresh and I used it to take off any excess makeup after cleansing or just to freshen up my face in the mornings. Would I repurchase? Yes.

The Body Deli Blueberry Microfusion Scrub is a great product for me as I tend to get dry patches but a moisturising mask or scrub can be a little rich for my blemish-prone skin. I love using this every week or fortnight to just perk up my skin and keep it looking

Faith in Nature Rosemary Shampoo is now one that I consider my holy-grail (post coming soon on my updated haircare routine) and I have repurchased this already.

Blue Labelle Petitgrain & Tamanu oil is one that my skin really liked. I made an effort to use this up as I’d had it a little while and lots of other oils to try. It was nice and I probably would repurchase but I have quite a few cleansers at the minute. Definitely one to try if you have oily skin and love oil cleansing.

Herbfarmacy have a lovely range of products and this balm made for a lovely cleanser. They’re undergoing a re-brand soon so I’m excited to see their new branding!

I didn’t quite get to finish this sample of Jane Iredale mascara as the brush head was too big for the diddy plastic tube. Every time I pushed the wand back in, it would push out most of the mascara. And it didn’t really wow me either, so not a purchase I would make.

However the other make-up product I used up is the Sappho Organic foundation which I absolutely ADORE and already have another one on the way!