As I have really dark hair, hair removal can be a bit of a pain. Shaving makes my hair grow back so thick but waxing isn’t much better and I often suffer with ingrown hairs (nice). I’ve actually invested in a Phillips Lumea laser hair removal gadget which I’ve been using here & there for the last few months and whilst I have noticed it working really well, I still have to remove the hair before I use it each time so it’s still a work in progress.

I recently picked up some eco razors, natural shaving gel and a sugar wax from Love Lula to test out some more natural ways of hair removal and hopefully make the process a little smoother. 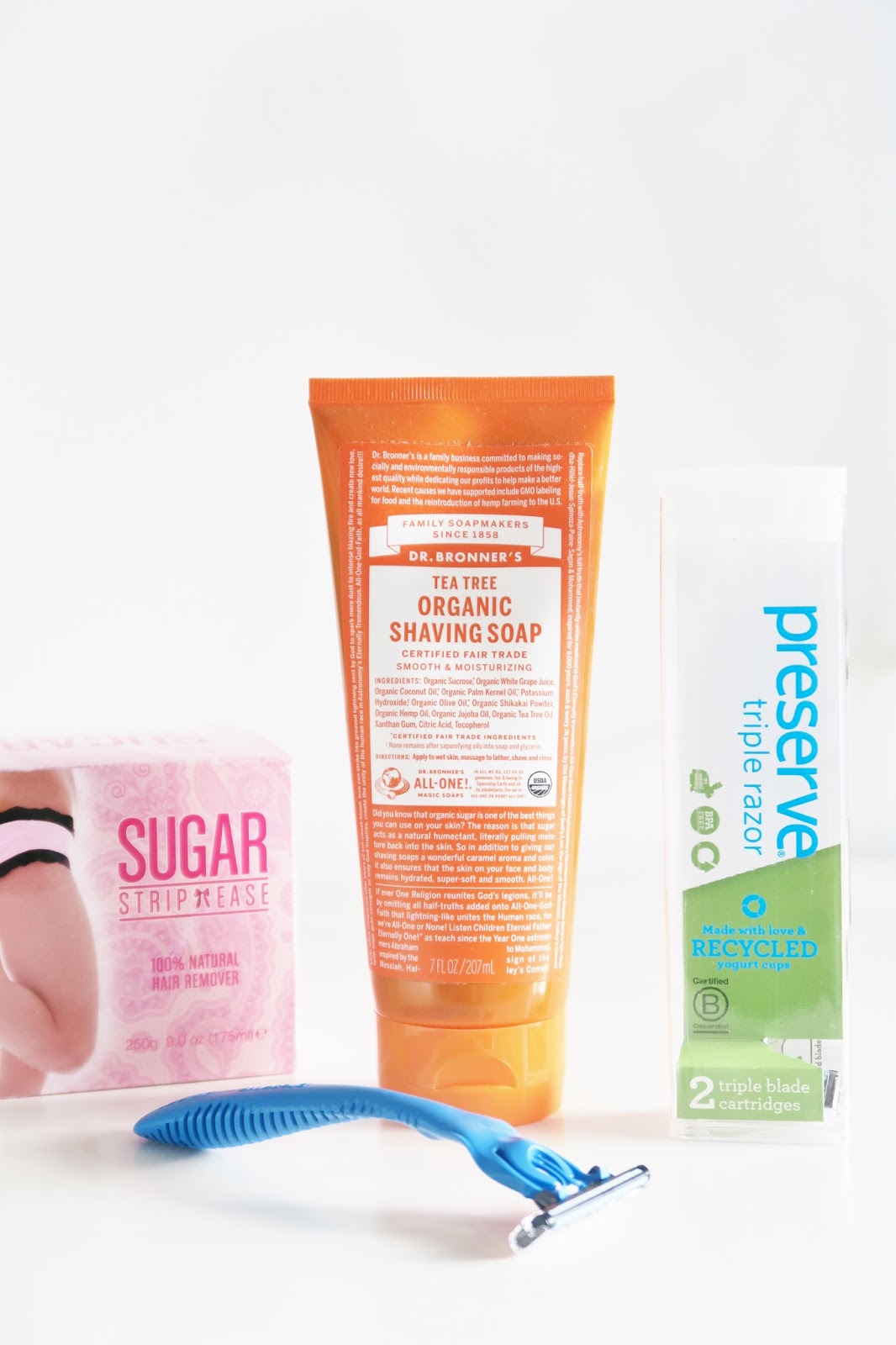 The Sugar StripEase Hair Removal Kit can be used on all areas of the body from your upper lip to bikini line, underarms and legs. It comes in a tub and needs to be put in the microwave to heat up, before being applied to the skin. The kit comes with woven fabric strips which they say can be washed and re-used many times so it’s really eco-friendly.

This isn’t your standard hot wax though, it’s made using sugar. “Sugaring” has been tried-and-tested by women for thousands of years. In Eastern cultures (India, Africa and the Orient), the art is passed down from mother to daughter; in these traditions, the ritual of hair removal is strictly observed for hygiene purposes – and sugaring is used on every zone of the body, effectively tackling even the darkest hair. Unlike many hair removal systems, Sugar StripEase apparently eliminates the risk of in-grown hairs so I was looking forward to giving it a go.

You pop the wax pot into the microwave for around 45 seconds and it needs to have the texture of runny honey. Test a patch on your wrist before starting as it can be very hot and you don’t want to burn your skin. The first time I used this I waxed my top lip and bikini line. I’m actually really impressed with the kit and whilst I wouldn’t use the strips again (I cut them all up into adequate size pieces and don’t fancy washing all the wax & hair off tbh) I think it’s a really good value product. It was effective at removing almost all of the hair and a few places did need going over a couple of times but there was no irritation on those areas after. My top lip didn’t work as well as my bikini line, I guess because the hair is much finer so I needed to do that all again a few days later which was a bit of a pain, but overall I was impressed and any excess wax washed off really easily. I’ve also noticed the hair grows back a lot more comfortably than previous times when I’ve had a wax. I’d definitely buy this again.

I’ve been using the Preserve Eco Razors with Dr Bronner’s Tea Tree Shaving Soap for shaving my legs and underarms. Most other plastic razors end up as landfill but these Triple Blade razors are completely recyclable. The handle is 100% recycled plastic made from yoghurt cups! The razor actually works really well and I don’t think there’s any difference between these and normal razors so they’re well worth checking out. With the addition of the tea tree shaving soap, I found that made shaving a lot smoother too so I’ll definitely be using these two together from now on for a better shave.

What eco methods of hair removal have you tried?